In part 1 of Dr. Deborah Atkin’s new blog series on skin cancer, one of our patients shares his experiences with the condition and his successful treatment. While skin cancer is one of the most dangerous and common types of cancer among Americans, early diagnosis and treatment can significantly increase the chances of survival. Skin cancer screenings and advanced skin cancer treatment options can be life-saving procedures.

“I was always pretty fair skinned and spent a lot of time in the sun when I was a kid, and even as an adult.  A couple of years ago, I had a little bump on my cheek that I kept cutting when I shaved and it never seemed to really heal.  So I went to see Dr. Atkin and she immediately said it was something we had better send in for a biopsy.  They also gave me the “once over” to look for any similar types of weird skin things on my body were it had been exposed to the sun. 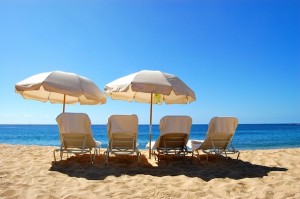 Everyone was very reassuring at the office and they clearly wanted to make sure I was comfortable with the fact that the biopsy might reveal the cells to be cancerous, but that it didn’t mean it a was super-serious matter. They explained to me in detail the different types of skin cancer and said that in all likelihood if the test came back positive (which isn’t good) it would probably be the less serious kind, which is called Basil Cell Carcinoma, and that would mean I would need to have it surgically removed, but that would likely be the end of it.  I left the office feeling like I understood very well what was going on and that (although there was a long-shot chance it was something serious) I really didn’t have much to worry about.

A week or so later, Dr. Atkin called me and said that (as she expected) the biopsy had indicated the cells were the not-too-serious Basil Cell Carcinoma and that I should get it removed.  She was very concerned that I understood that I had nothing to worry about because we caught it early and could take care of it with a quick surgery.  That said, she cautioned that I had better keep an eye out for similar skin issues in the future and that I would need to make some minor life-style changes to make sure I didn’t get more of this type of cancer or even the more serious type of skin cancer.  I got a strong lecture about sunscreen, sun umbrellas and the benefits of a “big hat.”

We promptly scheduled a relatively quick (less than a half hour) out-patient removal of the offending skin thing (which wasn’t painful) and after a couple of weeks the handful of stitches were removed from my cheek and after a bit longer, the little scar healed and the handsomeness of my face was preserved.  No Frankenstein scar and you would never know I even had surgery on my cheek unless I showed you the tiny line.

I have definitely become a lot more conscious of sun exposure and wear sunscreen and a hat whenever I am going to be outside for more than a few minutes.  I am not planning to have any more skin removed from my face or anywhere else on my body if I can help it.”