Why We Are Supporting This Cause

Heather, TEN and more have lost their battle with Pancreatic Cancer

Any cancer diagnosis is a devastating one but tens of thousands of people survive other, more prominent forms of cancer (breast, colon, prostate, leukemia, lymphoma, etc.) and they become ever-growing armies to advocate for funding for those diseases.
Pancreatic cancer, however, is still essentially a death sentence – one that will claim as many lives in the US this year as will breast cancer (40,000 each per the American Cancer Society’s 2015 projections) – and it has no army. I have thus made it my personal mission to be an army of one.
This is not a “charity” event hosted by a race director who donates a small percentage of the proceeds to charity. We are a pancreatic cancer foundation (the Hirshberg Foundation for Pancreatic Cancer Research) putting on our own event for the 18th year in a row to fund pancreatic cancer research projects.
This single event funded ten such $50,000 seed grants last year. Still, they were 10 of 65 applicants, and we have 79 applicants this year, so just imagine the research that isn’t getting done and join us in the fight!

This is not a race — it’s a mission! Please join us in the fight! 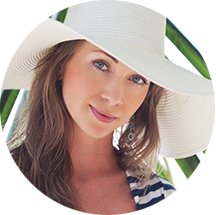